These are times of trouble: the days are numbered. Legends told us about them. We have names for them in our sacred scriptures: the Ragnarök, the War of Gods, the Apocalypse, the Arrival of Avatars, the Eternal Night, the Infinite Void.

The end of days.

But we are not alone, we are not powerless: the gods are walking among us. They are here to guide us, to save the world as we know it – or to help us reach the land of the Dead.

If we pray faithfully enough and prove our worthiness, perhaps we can be spared.

In Godsend you roam the lands as the avatar of your god, cursing mere mortals and presenting gifts to the chosen ones. Your memories are numerous, made of the lives of your predecessors, your power is almost limitless. Will you use it to fulfil the will of your god? Or, as the end times draw near, will you try to save the world?

Godsend is a standalone alternate setting for Legacy: Life Among the Ruins 2nd Edition written by Khelren and illustrated by Jess Taylor and Tithi Luadthong, focusing on epic mythology and the end of days.

In order to download this game you must purchase it at or above the minimum price of $9.99 USD. You will get access to the following files:

Khelren is the right guy to translate UFO so good products into french, so when ? where ? I'm waiting for years this kickstarter :)

I'm really hoping I can find a way to pick this game up again. I managed to put together a character creation session with some players on a free night, and we got as far as creating the world and a few obstacles, but we didn't get into the meat of the play. I know now that there's too much setup to really run it as a one-shot, but I like the potential in it for world-building.

Godsend is an alternative setting for Legacy 2nd Ed., trading themes of post-apocalyptic reconstruction for the nordic end of days.

It's 113 pages, with gorgeous, lush art and strong, thematic layout.

Mechanics-wise, it's a little bit like Microscope crossed with Ars Magicia, running on the No Dice No Masters engine.

That's probably a lot of words, so to unpack that a bit, you play as gods, their avatars, and also as those avatars' believers---shifting back and forth between those different roles whenever the story calls for it. You also play over a significant in-game timespan, making major changes to the setting as part of gameplay, and building and scarring a map to keep track of this. And the whole game is diceless, driven more by push-and-pull than chance.

All of this is explained helpfully and thoroughly by the game's opening text, and there's a *lot* of example text to illustrate how it works, but Godsend is definitely more complex in its setup than other No Dice No Masters games I've seen.

It's also potentially a bit PvP, which is highly unusual for No Dice No Masters. The player gods may be split on whether to save or wreck the world, and they're not assumed to all like each other or be working towards the same goal. This adds an interesting flavor to the game, where the mechanics are collaborative and the lore is competitive, and if you have a group that likes really leaning into the drama of competition without anyone at the table feeling burned, this is a game you should check out.

Content-wise, there's a bunch of cool domains to choose from, and the domain formula is pretty easy to hack if you want to make your own. There's also a lot of different flavors of avatar. Apostles---who are neither your god nor their direct incarnation---are much simpler, but still not bland.

For GMs, there's a well-organized section on how to run the game, and the most critical information is all front-loaded at the start of the book. Plus, everyone has a lot of narrative power, which takes some of the burden off of the GM.

Overall, if you want to tell a story about a place, and you want that story to be big and dramatic and transformative, Godsend is your game. It builds on its predecessors in a very effective way. It's also a great-looking book in general, and potentially useful as a "campaign zero" to create a world that you'll later play in with something more hero-focused and granular.

Thanks for this review! I'm glad you had a good time with the game.

Thank you all for creating it!

What's the recommended playercount for this/can it be played singleplayer?

I’d want to play with at least two players and one GM.  Players who are pretty experienced with how Powered by the Apocalypse games work could probably skip the GM role and bring the player count down to 2, but the game isn’t built for that.

I really enjoyed this! Everything in the playbook has a very distinct and atmospheric feel/aesthetic  to it that I can quite put into words, but I absolutely adored. While game mechanics can feel a bit complicated,  they're all really inventive and interesting to see play out.

Would very much recommend to anyone who enjoys mythology and wants to make their own myths - playing as both powerful gods and legendary heroes.

Thanks for checking it out!

Thanks! Happy to hear you've enjoyed the game! :) 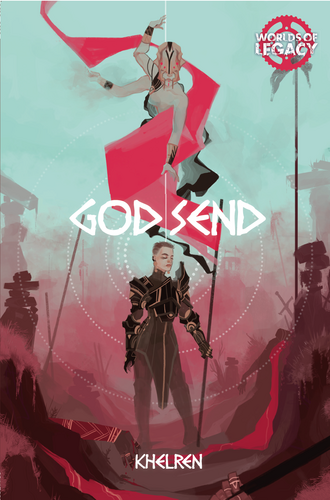 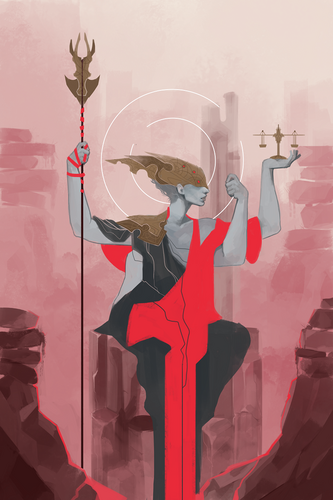 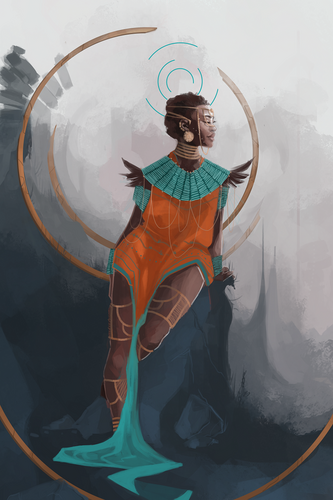 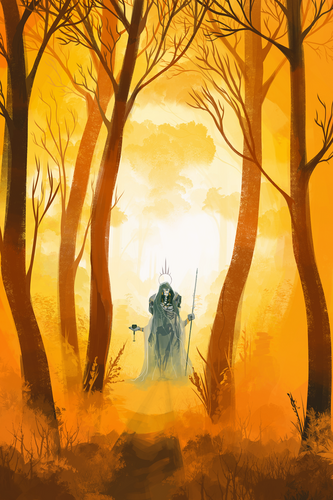